Victory Industries, or VIP, may not have been quite the household name that Scalextric became, but the company was at the vanguard of commercial slot car production, beating it's more famous rival to the basic idea, and going on to make products that many considered to be superior.

Victory was founded in the second world war by Captain William John Warren and Gerald Fenner Burgoyne who set up the company to manufacture small electrical components for the Ministry of Supply.

After the war, the company moved to Guildford and began producing models, with it's first release being Miss England, an all metal speed boat powered by a simple pulsating water engine.

The company went on to produce a wide range of model vehicles, including cars, boats, trucks, and even cranes and forklifts. By 1955, Victory Industries had a wealth of experience in producing model vehicles, and were even offering a range of useful parts to electric rail racing builders.

But it was 1956 when Victory presented their first prototype of a commercially viable slot car set, and it is the journey from those early days, through to being one of the best slot car manufacturers around, which we will be detailing here.

But should you wish to read more about the company's earlier history then you can find all of the details in Malcolm Parker's VIP Archive on Phil Smith's site.

Victory Industries display their Roadedge system at the British Industries Fair of 1956.

VIP introduce new track and cars to the Roadway system.

VIP accessories for the Raceway sets.

Development of the Raceways system and a disastrous factory fire.

A new track system, front suspension, and a new factory.

The big year that wasn't quite big enough. 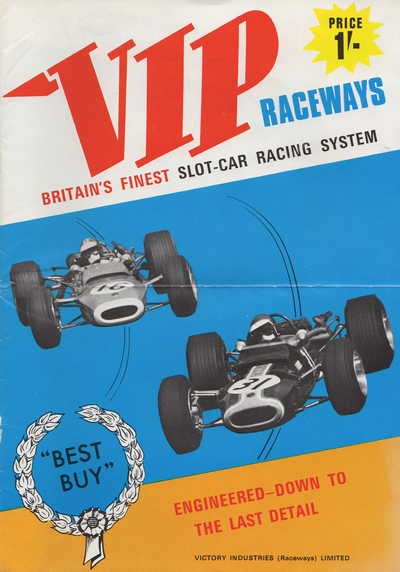 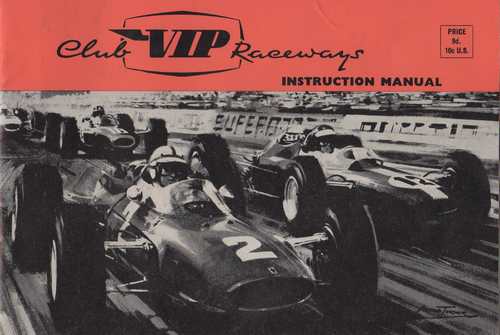