The History of Vanquish MG

Vanquish MG was started by former employees of Fly and the first catalogue was produced during 2002, although the initial models did not appear till early 2003. By late 2004 the firm had disappeared but produced 37 different cars in that period. 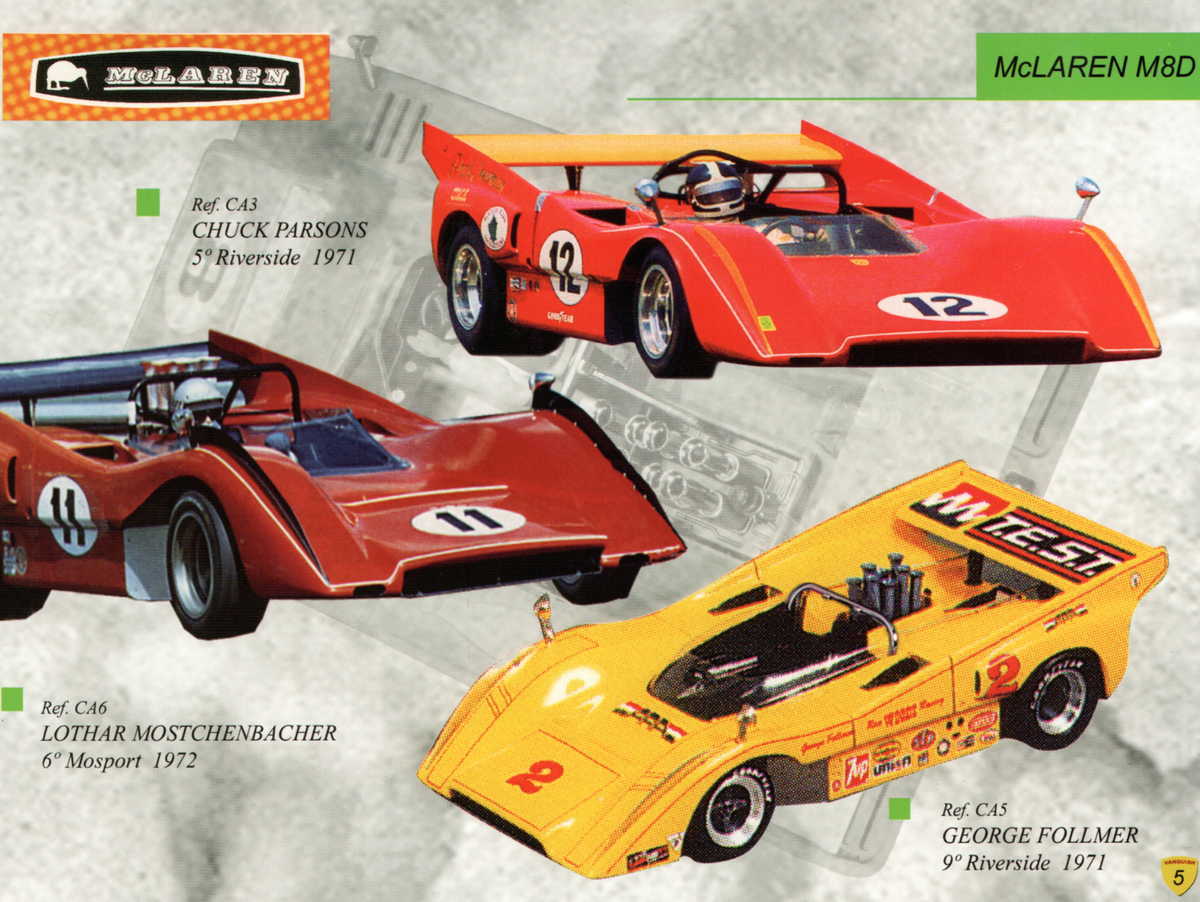 The bulk of the production consisted of McLaren M8 variants with 16 versions produced but there were also 5 Lola T260s, 5 Shadow Mk2s, 2 BRM P154s and a single BRM P167. Towards the end of production they also branched out into Group 5 Le Mans sports cars with 3 Gulf Mirage M6s and Formula 1 with 4 Lotus 72s and a Brabham BT49C but it is the Can-Am cars for which they are mostly remembered.

At that time the mighty Can-Am cars were largely ignored by the major manufacturers so this seemed to be an excellent choice for a new range of slot cars and Vanquish surpassed even Fly with the interior detailing. 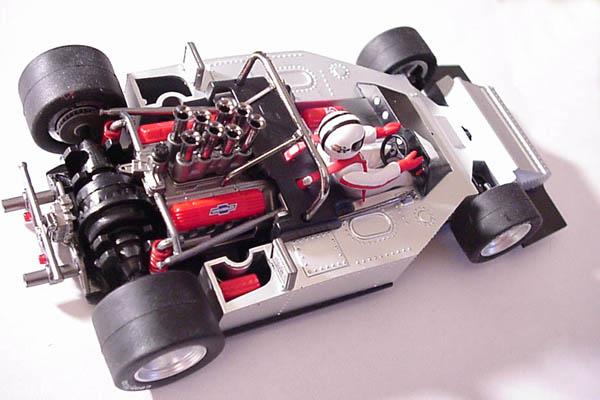 Underneath the body was a complete monocoque replica and the cars were about as close to a static diecast display piece as a slot car could get. From the air intakes on the carburetors to the tampo printed Chevrolet logos on the engine valve covers they were simply amazing. Even the seat belts were separate mouldings instead of being painted on the driver. 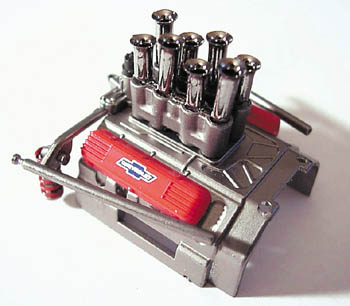 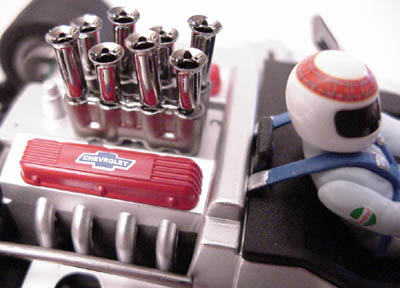 Now it is debatable whether this level of interior detail is actually necessary on a humble slot car but it certainly made them stand out from the competition and that wasn't all as each car had a fully functional rear differential! This had been the subject of individual experiments since the dawn of slot racing but it was the first time that a significant manufacturer had included it in normal production. So far so good and the first releases were eagerly anticipated.

It was at this point that things started to go downhill as it soon became obvious that the things were very large - 1/28th scale as opposed to the claimed 1/32. The real cars were enormous and over-scale ones made things worse so you could only just manage to get two of them side by side on standard Scalextric track and overtaking was well nigh impossible. Furthermore the differential had serious quality control problems and they seized up with monotonous regularity. They needed to be disassembled and packed with grease before use but most buyers found this out too late. The first time I ran a Vanquish at our club the diff lasted just 10 laps before falling to pieces. As replacements cost £20 many cars were soon converted to solid rear axles. In any case it is generally reckoned that a diff in a slot car is of dubious advantage anyway and makes virtually no difference on the average home track.

Performance wise the cars were about average for the time, on a par with the majors but no better, and it was difficult to improve them due to the complicated construction. Body rock was impossible to achieve with 6 screws holding the various parts together and fitting an upgraded motor just led to earlier diff failure so fitting better tyres was about the limit of achievable modifications.

The advertising for the firm promised "serious models of real racing cars driven by real racing drivers" but, sadly this proved to be somewhat wide of the mark as distinctive features of the real cars were often absent and some of the variants were almost pure invention. I won't go into the various discrepancies here but some details can be found in an article by Max Winter in the June 2003 NSCC magazine.

A new catalogue was produced in 2003 with the proposed releases for the next year and a major surprise was the inclusion of several F1 cars. Only a few of the announced cars actually made it to the shops before the firm disappeared and the Gulf Mirage M6 appeared from nowhere but four Lotus 72 variants and a single Brabham BT49C also made it into production.

The Lotus was very pretty but extremely fragile and better suited to display than actual racing while the Brabham, which was their final offering, was nowhere near their usual standard. Their time was up and they became an ex-parrot before the year was out. Perhaps if they had stuck to 1/32 scale and not bothered with the diff then things might have been different but the price premium of £10 more than their competitors and the bankruptcy of their UK distributor with, presumably a lot of stock which was never paid for, probably hastened their end. Does anybody know whether a 2004 catalogue was produced? I have never come across one.

A footnote in slot history then but, despite their deficiencies they were a star in the firmament which burned brightly for far too short a time. As the years passed they became quite collectable and can fetch silly money on eBay, particularly the Lotus 72 variants. Some retailers still have Can-Am cars in stock even now. Pendles have some at semi-reasonable prices and Electric Dreams also have a few at somewhat inflated prices. Spare parts though are virtually impossible to find.

A complete list of the cars produced, with photos, can be found on Wikislot.

And finally.............the last page in the 2003 catalogue announced a car that never was. A March 2-4-0 six wheeler - four driven rear wheels with a diff on both axles would have been something to behold!